Things are moving fast in the DRL world recently, as we are branching out to new initiatives. We might need to increase the frequency of the Newsletters again to fit it all in…

We are nearly ready to release the new section of the DRL mentioned in the previous Newsletters. In early 2022, you will gain access to a number of Reading Group Blueprints, allowing students to easily set up reading groups on topics not taught at their universities. Our choice of topics is informed by Annie McCallion’s AHRC-funded research project, in which she analysed the curricula of a range of UK universities and interviewed a number of students to identify topics that are in high demand yet very rarely taught. The research outputs will be published alongside the Blueprints.

We are planning to regularly expand that section by adding new Blueprints. We invite you all to join us in this effort! If you have an idea for a Blueprint focused on one of the topics suggested by Annie’s research, get in touch!

In September and October we hosted Decolonising Knowledge: An online seminar series across four continents. Organised by Andreas Sorger (spotlight below) and Clotilde Torregrossa (spotlight in February 2020 Newsletter), it featured talks by Linda Tuhiwai Smith, Veli Mitova, Murad Idris and Leigh Jenco. You can read more about it on our new Events page, and if you didn’t have a chance to attend, you can watch the recordings on our brand new YouTube channel. We are planning to build on the success of this series and organise more seminars in the near future. We are grateful to the British Philosophical Association for their support in organising and promoting the series!

A few months ago we have been approached by the University of Utrecht-based Decolonisation Group, who were interested in creating their own Diversity Reading List in History. Since then, we worked out how to best approach such an expansion and we are currently collaborating on the development of a sister site based on the Philosophy DRL. The History site will feature a whole new category system and entirely new content. We plan to see it go live within a year, and hope that this development might herald the creation of additional Lists in other disciplines.

We have a lot of projects going on now, but we can’t forget about our original mission: providing you with a database of texts and teaching advice. And we need your help! Join us by sending content through our Contribute page, OR organising a Contribution Drive event (or edit-a-thon) in your own community!

If you wish to organise a Contribution Drive, let us know and we can help you out. One of our team members can come to your department or institution (online or in-person when possible) to lead the effort, explain how the DRL works and give you some tips on diversification.

Update on the improvements to PhilPapers

Anna Klieber (spotlight in November 2019 Newsletter), has now re-categorised thousands of feminist philosophy texts on PhilPapers, improving their visibility and availability to people browsing the database. This fantastic achievement addresses some of the issues identified in a recent paper by the DRL manager Simon Fokt, and it has been completed thanks to the initiative of the MIT Reading on Gender and Philosophy group and the kind help of the PhilPapers editors. We are very happy to see those changes and hope that they will inspire further improvements in the future.

If you haven’t heard already, you should definitely check out The Philosophy Exception, a fantastic new online resource presenting a rich catalogue of works on philosophy’s problems with equity, diversity, and inclusion. The texts are divided into four categories that will help you find the content you’re looking for: Calls to Action; Documentation; Theorizing; and Interventions. We’re very excited about this project and will update you on how it develops in the future!

We’re also excited to report that Jenny Saul and Helen Beebee have published the updated version of the BPA/SWIP UK report on the state of women in Philosophy in the UK, ten years after its first iteration. The report notes some improvements, e.g. a substantial increase in permanent staff who are women (up from 24% to 30%) and professors who are women (19% to 25%). The DRL is also mentioned among other websites and resources for our efforts to ‘make students aware that there are women philosophers’! 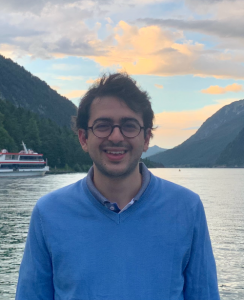 I am a PhD researcher at the London School of Economics and Political Science working on the intersection between racism and philosophy. Specifically, my thesis examines whether there are racist structures of thought embedded in our philosophical heritage that affect the ways in which we conceptualise philosophical questions or problems in the present. Thus, it seeks to explore racism as a problem for our philosophical thinking, and attempts to figure out what we can do to mitigate the pernicious effects this has on how we do philosophy today. Prior to starting my PhD, I completed a Masters degree at the University of St Andrews.

I first became involved with the Diversity Reading List after attending an academic conference, and was asked to put together a self-guided reading group on postcolonial theory for students. The task was incredibly rewarding – it felt like designing my own course – and it was great to think about putting together a set of readings that incorporate a number of diverse perspectives while still being internally linked with one another. From there, it was a natural next step to think about putting together a seminar series that focuses on similar themes, which took place earlier this year and would not have been possible without the support of several people involved with the DRL.

We couldn’t do what we do without the help of our fantastic volunteers. If you would like to join them and volunteer for us please get in touch! There are so many ways to get involved: creating new Reading Group Blueprints; adding new list entries; helping us with small one off jobs; becoming a regular editor; and promoting the DRL at events and online.

You might even be able to access funding to support your time working on the DRL. We’re keen to support any volunteers in getting this kind of funding. You can read more about this here.

People volunteered their time to date

Articles available on the DRL now