Things are happening slowly in pandemic times, but recently we have been gathering some serious speed, getting involved in more and more fantastic projects. Here are some fresh news from the diversity world.

Annie McCallion’s project is nearly finished! She gathered a lot of data about the content of the curricula at a range of UK universities, interviewed a number of students, and joined forces with Suddhasatwa Guharoy and Andreas Sorger to create two research group blueprints. All of this will be published in the coming months and it will inform the development of new sections of the DRL.

Want to create a blueprint?

We are now looking for volunteers to help us with the project started by Annie. The idea behind a research group blueprint is simple: if a group of students wants to organise a reading group on a topic that is not covered in their curriculum, they need a starting point. A blueprint. What should they read? What questions to cover? What connections to make? If you have an idea for a research group blueprint you’d like to create, or you would like to create one on a topic suggested by Annie’s research, get in touch!

In a recent paper, the DRL manager Simon Fokt, drew attention to some problematic features of such popular scholarship databases as PhilPapers. In short, some of the ways in which content is categorised and structured in such databases has a tendency to marginalise already marginalised authors, topics and traditions. A group of proactive philosophers centered around the MIT Reading on Gender and Philosophy group decided to turn Simon’s recommendations into action, seeking to help PhilPapers address some of the issues identified and thus further improve this valuable resource. Anna Klieber, a DRL volunteer featured in our November 2019 Newsletter, will take the lead on the project. It’s focus will be on improving the visibility of feminist philosophy categories by changing parts of the category tree, moving feminist categories out of the ‘Misc’ sections, and recategorising a huge number of papers.

Following this, we call for your help! If your paper is categorised on PhilPapers under, say, Feminist Epistemology, but not under just Epistemology or the specific subcategory of epistemology it is actually about, it might be less easily found and thus might less often read and referenced. Moreover, it might be discounted by some as not as relevant, important or valuable as texts which appear in the non-feminist category. So, now is the time to change this! As Anna is about to start the project, you can help them by suggesting the right categories your paper should appear in! All you need to do, is find it on PhilPapers and click on (categorize this paper) under its list of categories. Let’s all help make the change happen!

The Philosophers’ Magazine most recent issue is all about diversity. Check it out for fantastic texts covering a variety of issues, from an updated report on the representation of women at UK universities, to a fantastic student voice on the experience of studying philosophy. The issue also includes another piece by Simon, where he claims that there is, in fact, nothing more philosophical than diversity. 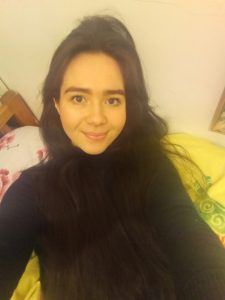 I am currently a PhD student at the University of Manchester (UK) and my thesis addresses women’s underrepresentation in Philosophy. I blend feminist metaphilosophy with empirical methods to explore the causes of women’s attrition from the undergraduate to professional levels.

I first became interested in diversity in Philosophy in 2016 when I began work on the In Parenthesis Project: A project which examines the collective corpus of Mary Midgley, Iris Murdoch, Philippa Foot and Elizabeth Anscombe and attempts to establish them as Analytic Philosophy’s first all-women Philosophical school. During my time with the In Parenthesis project it became increasingly obvious to me just how much women and other marginalised groups were ignored in the construction of Philosophy syllabuses. To remedy this, I put together a student study guide for the In Parenthesis Project before sharing this with the DRL. I am now jointly engaged in a project to expand the DRL by developing a student-specific section which can house interviews with students and data I have collected on Philosophy syllabuses across the UK, as well as a variety of similar study guides designed to help students educate themselves about philosophical topics that the data shows to be underrepresented.

We couldn’t do what we do without the help of our fantastic volunteers. If you would like to join them and volunteer for us please get in touch! There are so many ways to get involved: reviewing public contributions; helping us with small one off jobs; becoming a regular editor; and promoting the DRL at events and online.

You might even be able to access funding to support your time working on the DRL like Chris (see above). We’re keen to support any volunteers in getting this kind of funding. You can read more about this here.

People volunteered their time to date

Articles available on the DRL now